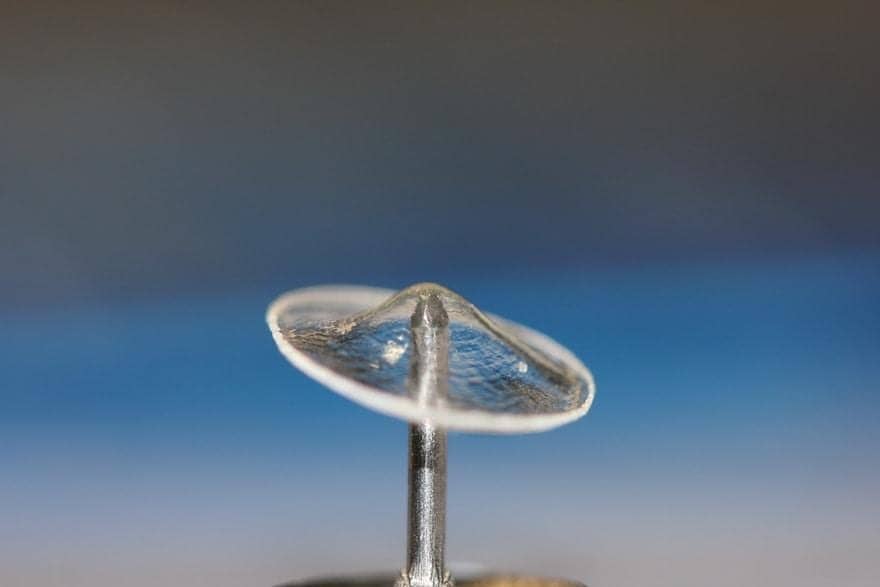 MTPConnect and the Minister for Health, The Hon Greg Hunt MP, announced $18.8 million in funding for 21 early stage medical technology projects across Australia, according to a press release on the Ear Science Institute Australia’s (ESIA) website. One of those recipients is ESIA, who received a $993,500 grant to advance the commercialisation of ClearDrum, a device that incorporates silk in an ear implant.

ClearDrum has been developed in Western Australia and has been driven by ESIA Founding Director Professor Marcus Atlas. It is a “world-first, acoustically optimised” silk fibroin implant for the treatment of chronic middle ear disease (CMED). It is the “first implant which mimics a human eardrum,” according to ESIA’s announcement. ESIA say that “while it looks like a contact lens, it’s instead a device on which the patient’s cells can grow.”

“What our team found is that the tympanic membrane cells, called keratinocytes, actively proliferate and migrate across this scaffold, promoting the healing process,” said Atlas. “This is a major step for ESIA as we move to translate our research science to the world.”

The device is developed in two different formulations, which will allow ClearDrum to dissolve over time, addressing small perforations or acting as a long lasting implant for larger perforations, with no need for further operations. Additionally, the transparent material “enables ongoing monitoring of healing and resolution of the middle ear,” ESIA says.

The World Health Organisation (WHO) estimates that 65-330 million individuals have CMED, and 60% of them have a significant hearing impairment. ClearDrum will help provide “a novel and effective treatment for sufferers of CMED, which is a major cause of global disability in ear surgery practice and is particularly prevalent in Australian indigenous populations.”

ESIA Chief Executive Officer Sandra Bellekom adds, “Our plan is for ClearDrum to be available to patients in a clinical trial next year. Without funding such as this from MTPConnect, that opportunity for the end user to benefit from our breakthrough research would be a lot further away.”

The current stage of development of the project includes a working prototype, a strong international IP position, a contracted manufacturer organisation, and collaborations with a series of Australian companies and organisations to address various phases of pre-clinical and clinical development. This new BMTH funding will assist with the commercialisation phase.

“Building home-grown translational and commercialisation capacity means boosting our knowledge economy and creating new products, jobs, and potential exports. This is particularly important now considering the hit that our sector has taken dealing with the impact of the COVID-19 pandemic and lockdown,” said Grant.